This page contains general information about one of the most popular cryptocurrencies, bitcoins.
Open trading account Open demo account
Deposit money
Money withdrawal
What is cryptocurrency?
How do cryptocurrencies work?
What is bitcoin?
How to trade BTC?
Legal status of cryptocurrencies
Benefits of BTC

Let’s not go into details about complicated technical matters and try to figure out what a cryptocurrency is and how it works.

A cryptocurrency is digital or virtual money which is an alternative to fiat money. A striking feature of a cryptocurrency is its decentralized nature that makes it resistant to government interference or manipulation.

In contrast with conventional money, the amount of virtual money is strictly limited. It is impossible to issue an infinite number of digital tokens. For this reason, a cryptocurrency is mostly compared with precious metals but not with the US dollar or euro.

How do cryptocurrencies work?

A user makes a request for a transaction.

The requested transaction enters the P2P network which consists of computers. These computers are called «crosspoints», or «nodes».

The network checks the transaction validation and the user status with the help of special algorithms.

After checking, the transaction is combined with other transactions into a new data block of the register.

The block is added to the existing blockchain database in such a way as to exclude the likelihood of unauthorized changes.

The transaction is complete.

Bitcoin is the first decentralized digital money. This cryptocurrency was created in 2009. It was originally mentioned on October 31, 2008 when a person who calls himself Satoshi Nakamoto and who is considered to be a founder of Bitcoin published an article under the title Bitcoin: A Peer-to-Peer Electronic Cash System. Bitcoin gave a start to the whole new era of cryptocurrencies. Subsequently, the first block and the first 50 bitcoins were generated. Then, the first transaction and the exchange for fiat money were conducted. On April 25 2010, 1,000 bitcoins were sold officially for the first time. At that time, bitcoin was valued at 0.3 cents. Since then to late 2017, the bitcoin price skyrocketed above USD 19,000.

Miners all over the world generate bitcoins. Millions of computers perform certain operations on a daily basis, creating new blocks and recording transactions. Along with that, the system is regulated in such a way that a particular predictable number of bitcoins is created. The amount of bitcoins is strictly limited to 21 million coins – this is why it is called digital gold.


In 2016 and 2017, trading bitcoins has been growing quite popular with retail traders and major investors. The leading trading floors such as CME Group and CBOE Global Markets have already introduced trading futures on bitcoins. Bitcoin is the most sought-after digital currency. It has been recognized as a tradable asset and has become an integral part of the global financial system.

How does BTC work?

1. Bitcoin mining. Miners use special software to mine new bitcoins. Bitcoins are credited as reward for every newly generated blockchain.

3. Users, both legal entities and private people, create e-wallets on payment websites. Legal entities can use QR codes to ease the payment process in real life.

4. Users create BTC-wallets where the cryptocurrency is safely kept. Bitcoins can be transferred between the wallets.

How to trade bitcoin? 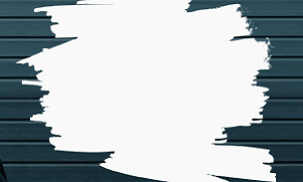 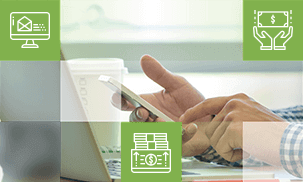 Three steps to earn on BTC:

Despite being a new asset on Forex, here are several recommendations which will give an insight into trading this popular cryptocurrency. First and foremost, bitcoin is highly sensitive to news. Interestingly, this instrument does not depend on macroeconomic data from the US. However, bitcoin instantly responds to news about cryptocurrencies. So, before opening a position, a trader should take notice of massive investment by large companies, cyber-attacks on cryptocurrency exchanges, and remarks from central banks and state authorities. Choosing a strategy, be sure to opt for a simple trading system. Money management and stop loss are certainly out of the question.

If you are a newcomer to financial markets, make sure you get to know analytical recommendations before opening a position. For instance, InstaForex analysts post reviews and forecasts for bitcoin on a daily basis.

To sum it up, trading bitcoin is not a highly complicated matter. Changes in the bitcoin price do not depend on an increase or decline in the US dollar versus other currencies. Day after day, this cryptocurrency attracts more and more attention in the world of finance. An investment portfolio of traders has been recently complemented with bitcoin. What we are witnessing now is the dawn of the digital currency market. Seize a chance to benefit from it!

Short-term technical analysis on Bitcoin for December 7th, 2022.
Alexandros Yfantis
Bitcoin is trading below $17,000. Price is challenging the upward sloping support trend line. Bulls do not want to see price break below $16,700 as this would be a sign of weakness. Price is still unable to reach the 38% Fibonacci retracement of the entire decline since $21,470.
View full version
Bitcoin made a bearish breakdown of the $17k level: what does it mean and what to expect next?
Artem Petrenko
Bitcoin managed to take advantage of the activation of buyers over the weekend and consolidated above $17k at the beginning of this week. In parallel with the price of the asset, on-chain activity was growing, indicating the growing desire of the market to resume the upward movement.
View full version
Technical Analysis of ETH/USD for December 7, 2022
Sebastian Seliga
Ethereum breaks below the technical resistance level
View full version
Go to analytics page

Though bitcoin, the first-ever cryptocurrency, appeared more than 10 years ago, the legal status of digital currencies has not been defined yet. However, virtual money is gaining in popularity, so both the global community and separate countries should settle down this issue. It is premature to discuss the legal status common for all countries, but a number of states have already started to prepare the legal basis to regulate the use of cryptocurrencies. Countries split into two main camps. Some states intend to ban or limit the use of virtual money. These countries are Bangladesh, Bolivia, China, and Ecuador, as well as Iceland, Indonesia, Kyrgyzstan, Lebanon, Russia, Thailand, Vietnam, and others. There are also countries that draw up a legal framework for introducing cryptocurrencies into their economies. These countries are Australia, Belgium, Canada, Cyprus, and Denmark, as well as France, Germany, Hong Kong, and Israel. Italy, Japan, New Zealand, and Norway, as well as Singapore, South Korea, Spain, Switzerland, Sweden, Turkey, England, the United States, and some other countries also stand for accepting cryptocurrencies.

Japan has made the biggest progress on this issue, officially recognizing bitcoin as a means of payment. In China only individuals can use this cryptocurrency. In the European Union transactions with bitcoin are considered as payment transactions with currencies, coins and banknotes, so bitcoin is not a taxable asset in Europe. By the way, taxation is one of the crucial points. Capitalization of the cryptocurrency market has reached record values and continues rising. Not a single machinery of government will leave such a profitable market untaxed.

Cryptocurrencies have made a huge step forward, leaving lawmakers far behind. Governments of many countries have not agreed on this matter yet and cannot provide an accurate definition. Some countries gave bitcoin a chance, while others took an easy path and imposed restrictions. However, decentralization, which is one of the main advantages of bitcoin, inhibits authorities from exercising control. This is why most experts think that governments have no other choice than to accept the cryptocurrencies and define their legal status.

Advantages of trading BTC with InstaForex

Add a new trading instrument to your investment portfolio and reap profits right now!
Investors express different views about bitcoin, but this phenomenon should not be overlooked for sure.
Seize your chance to enter the era of digital currencies! InstaForex is ready to give you a helping hand!

Above all else, our reputation! InstaForex has gained the reputation of a reliable partner. This is proved by the fact that 7,000,000 clients have put their trust in our company.

Bitcoin InstaForex In Your Mobile

The Bitcoin InstaForex mobile application allows you to analyze and trade one of the most popular and volatile instruments online. This app includes key data for trading bitcoins, letting every InstaForex client keep abreast of the latest news and benefit from trading the cryptocurrency to the maximum!

Download on the Google Play
Can't speak right now?
Ask your question in the chat.